A new program at Rockland Community College in New York provides training courses for middle skills-level jobs that require a high school education but not necessarily a college degree. 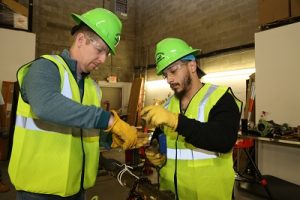 “We piloted, in January, a couple of courses in these sort of short-term credential of opportunities so that we could give people in the community a chance to learn, earn and sort of improve the communities in which they live,” said RCC president Dr. Michael Baston.

The programs last between two and 16 weeks and are taught by industry experts. By the end of the program, graduates gain workforce certifications that qualify them for industry jobs within the Rockland county area in New York. For those specific jobs, typical starting salaries range from $45,000-$55,000.

These courses were designed to help people who are restricted on time to complete a two-year degree program or who cannot afford to leave their current job but need to earn a more sustainable career in a faster time frame.

The programs began with a total of 40 students between the ages of 18 and 45, and nearly half of them have received job placements in their prospective fields, according to RCC.

The majority of students who graduated from the pilot courses were previously unemployed.

“Career Skills Academy was a way to reach a greater audience and change the way we offer higher education to the greater community surrounding the college,” said Dr. Beth Coyle, vice president of operations and strategic initiatives at RCC, which is part of the State University of New York (SUNY) system.

After talking to students, RCC was able to determine an ideal length of the programs, as well as the time of day to offer them. The scheduled times varied for each program and some offered both day and evening availabilities. Additionally, the social media course was all online.

“We don’t want a student who is working full-time or caring for a parent or a child to have to jeopardize the work that they are doing so they can further themselves,” said Coyle 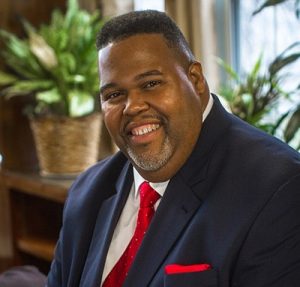 Schools typically set a schedule “and we just know the students are going to come,” she said. “But we really need to accommodate the students. It’s all about responding to their needs rather than assuming what they need.”

In terms of future growth, RCC is also looking to expand into the health care areas in the future.

They also want to spread the word to more people about the academy being a viable option for potential students.

“In working with our partners and businesses in the industry, we will continue to determine which things to offer that will enable people to go right into the world of work and make a family-supporting wage,” said Baston.

The course costs range from $2,750 to $3,999. For those who need financial assistance, a number of grant programs are offered.

“We are in need of getting the federal government to help us in terms of making short-term Pell grants eligible for programs that lift people out of poverty and into opportunity,” said Baston.

RCC reaches out to community members and partners with the Rockland Career Center, which is housed on campus, to ensure that everyone is given the opportunity for an education.

Graduating from any of the offered courses also helps those looking to eventually transfer into a degree-seeking program.

Sarah Wood can be reached at swood@diverseeducation.com.